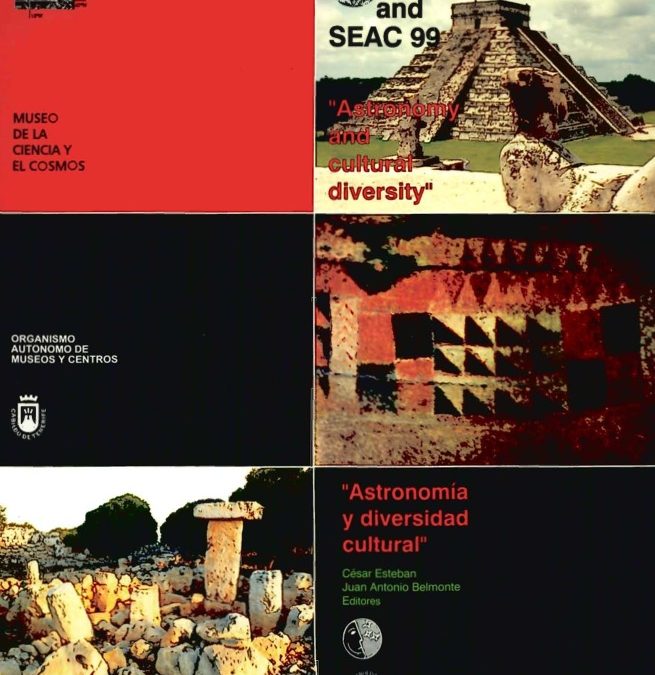 The Sixth Oxford International Conference on Archaeoastronomy and the Seventh Annual Meeting of the Société Européenne pour I’Astronom~e dans la Culture (SEAC, European Society for Astronomy in Culture) was held jointly in the days around the summer solstice of 1999 at the Museo de la Ciencia y el Cosmos, in the historical city of La Laguna, in the lsland of Tenerife. One hundred participants from more than 20 countries of the five continents and almost 60 talks indicate undoubtedly the relevance of this meeting.

The Canary lslands are a crossroads of peoples and cultures, with strong fluxes of emigration/immigration. Belonging politically to Europe, their remote cultural roots are of African origin. However, the idiosyncrasy of the people as well as the soft accent of their spoken Spanish, are more linked to the ones of the warm Caribbean Latin American countries. Taken into account their magnificent clear skies and the presence of first-rank international astrophysical observatories on the top of the highest mountains of the archipelago, it is clear that this corner of the world was a good place to talk about “Astronomy and Cultural Diversity”.